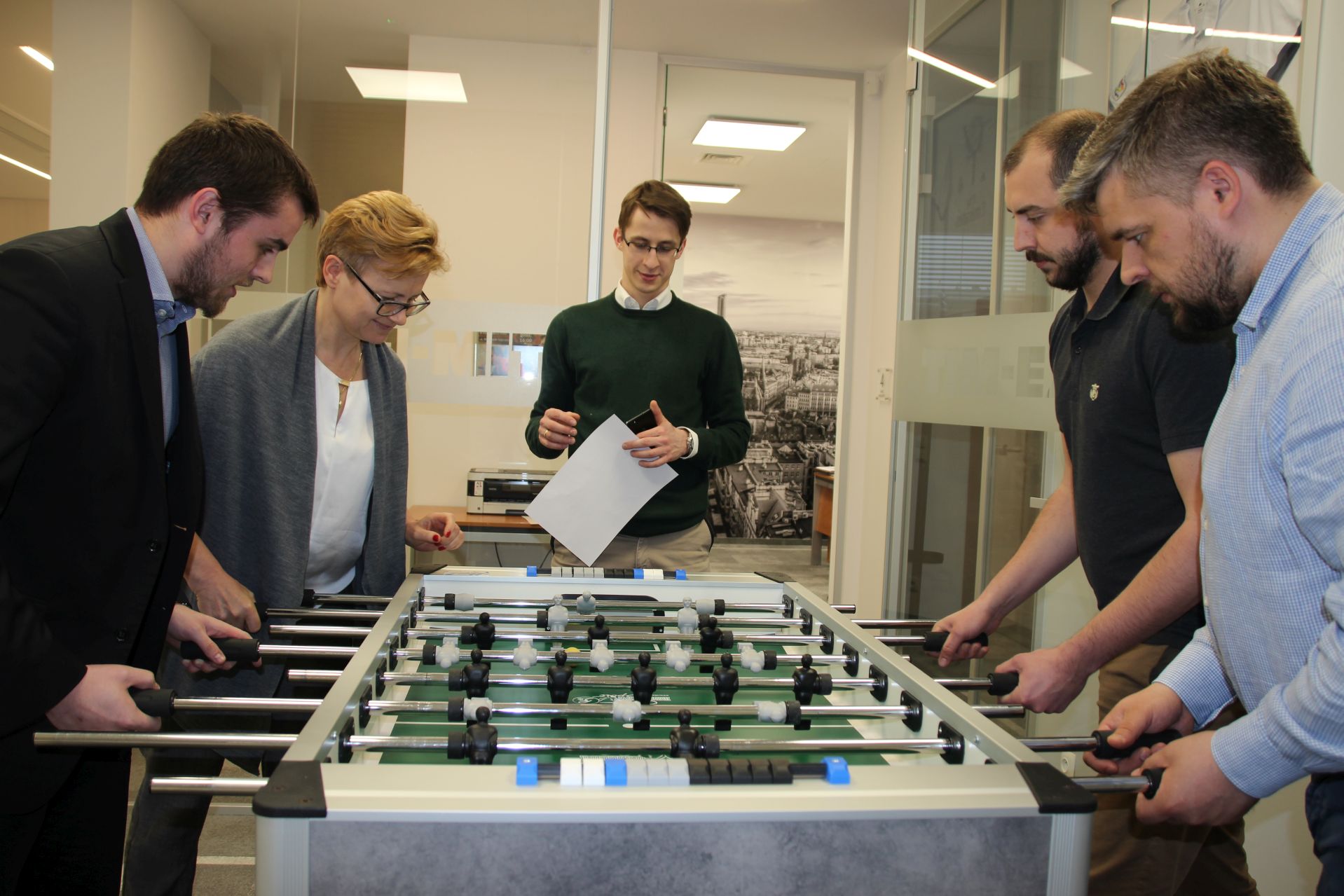 Posted at 13:02h in All, the Soccer League by Piotr Rużański 0 Comments
Share

The fourth edition of the tournament for the TIM-EX President’s Cup belonged to the Nuvalu team, which beat PORR Polska in the final. Congratulations to the winners! We also congratulate the PORR Polska team, which for the second time reached the final. In the general classification Atelier 7 strengthened its lead after four rounds. Nuvalu was second, followed by ADV Por Property. The cycle enters its decisive phase. We invite you to the next, fifth tournament on May 10 at the set time (18:00). After the games are over, we invite you to watch the Champions League semi-final match together at 20:45. See you!